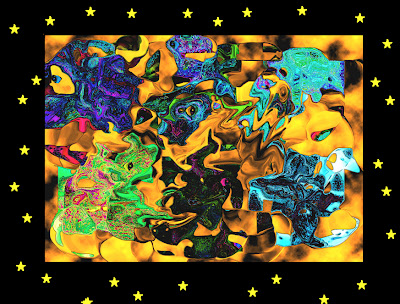 Out there, somewhere , is planet Alvista where the oceans are yellow and
the creatures are their own thing! 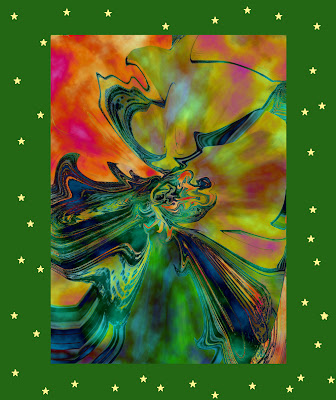 This is a Pilosh, a favorite type of pet on the Planet
Alapooch.  This Pilosh is named Stolfoot, and belongs
to a loving family. 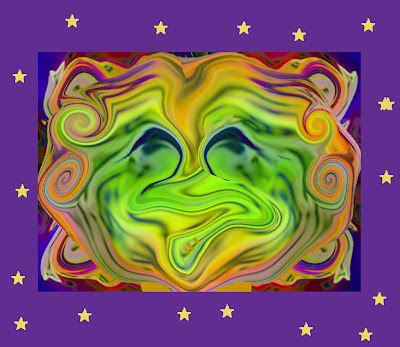 This is Pickelblast who lives on the planet Echo.
She thinks she is beautiful, and on Echo, she really is. 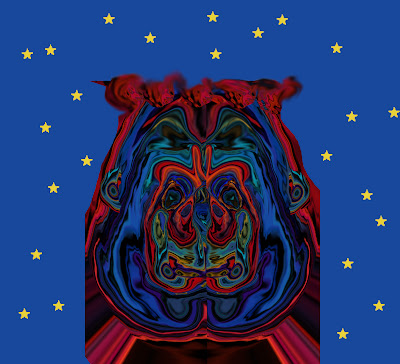 Tyros  is the assistant to  King Calpermath of the
small planet Tiltterster which has a population of 2. 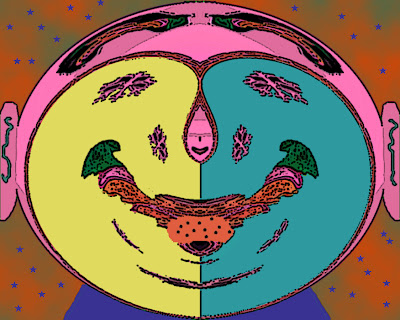 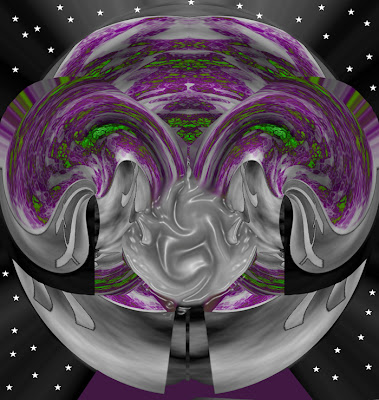 Oozie from the planet Slip 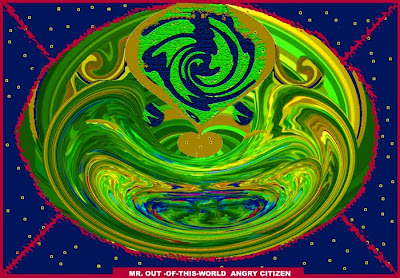 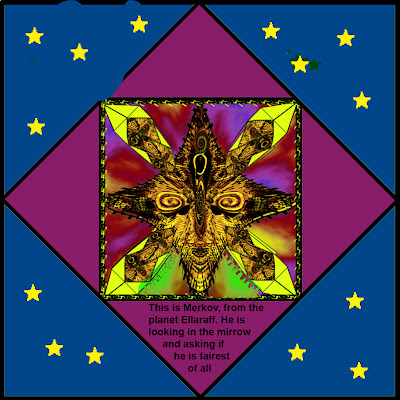 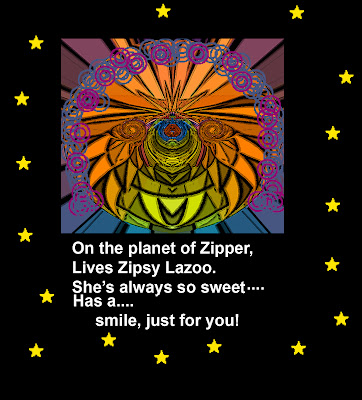 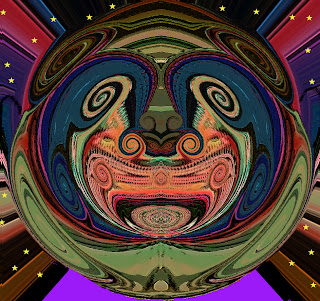 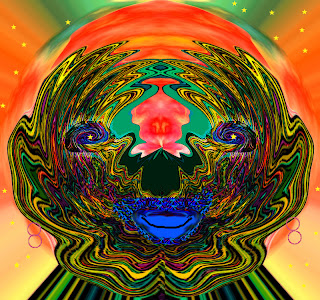 Here is a happy fellow named Grosnick. He lives
on the planet Hollowhurst. He is perfectly normal
except the  odd way he claps his hands. 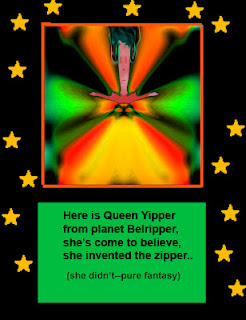 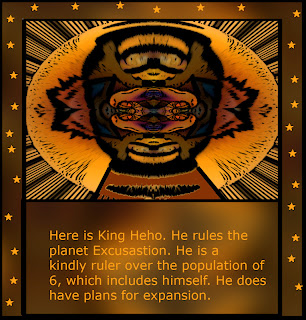 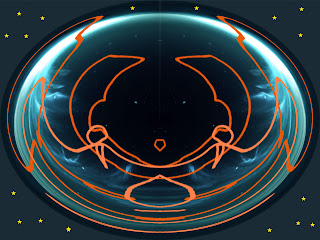 This is Misty.  She is her own world, flying in her own, personal orbit. 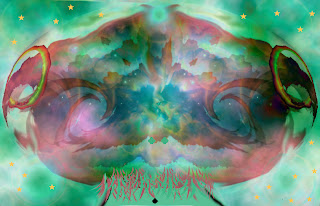 This is Bubtub, a rather spiritual soul.