Sarah  applies for the position of under-house parlor maid and is hired "on trial."   She arrives to a chaotic scene in which the servants are moving swiftly for one reason or another. Miss Roberts(Lady Marjorie's ladies maid) is complaining about a lost glove, Emily ( the kitchen maid)  is moaning over a cut finger, Mrs. Bridges (the cook) is upset about a mishap on the stove. Sarah makes several mistakes which causes Rose to say that she is "most unsuitable."

Sarah introduces herself as Clemance but Lady Marjorie gives her the name Sarah, which sticks. Sarah shows her rebellious spirit by selling a plucked bird (and Mrs. Bridges is very specific about that point),claiming if Mrs. Bridges could do it, "why the hell shouldn't I." An investigation takes place which causes Hudson to conclude that there is a " thief in our very midst. She is ultimately forgiven and Upstairs was not informed. Sarah shows that she has a lot to learn about  "downstairs etiquette." 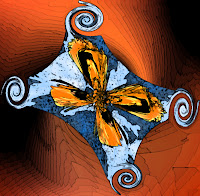 EPISODE TWO: THE MISTRESS AND THE MAIDS
Characters: Lady Marjorie, Richard, Guthrie Scones, Sarah, Rose
Richard decides to have Lady Marjorie's portrait painted by a noted artist, Guthrie Scone. He expects a really good job and if not, "I will hang him, next to his picture." While working on her portrait Scone notices Sarah. He invites Sarah on her evening off (Wednesday) to pose for him. She tells him about her life at 165, especially about Rose. From her descriptions he creates a painting of Sarah and Rose in their attic bedroom. When completing both paintings he exhibits both together as " The Mistress and the Maids." This is humiliating for Lady Marjorie, and both she and Richard decide to sack Rose and Sarah. In the end, Scone convinces Richard that he has never been up in the attic room, and that it would be politically unwise for him to get rid of two servants because his "wife's vanity was ruffled."

EPISODE THREE: BOARD WAGES
Characters: Sarah, Rose, Alfred, Emily, Enid, Henry, James
The family, including Hudson, are in Scotland. The staff takes the time to do a thorough housecleaning. On one particular evening, they invite two servants, Henry and Enid from another home. They are comparing the elegance of their Mistresses.. and they dare Sarah to try on one of Lady Marjorie's dresses. She does and poses as a fine lady to the amusement of the others. They then decide to have a little "party " in the Morning Room.  Unexpectedly, James returns home after a disappointment with a date. He sees what is happening and wants to take out his unhappiness on the servants. He pretends he is Hudson and serves them liquor which he forces them to drink.The servants become drunk.  When Sarah goes up to Lady Marjorie's bedroom to get out of the gown, James follows her. They kiss, deciding "To hell with everything, vivre la republique."  Then Alfred breaks a vase. James orders Sarah to clean up the mess and they are once again, son of the household, and house maid.  Sarah decides to leave service. 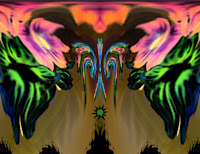 EPISODE FOUR: THE PATH OF DUTYElizabeth, age 17, is back from her German finishing school, ready to be presented to society, only she isn't ready, and not willing to be so. She  wants to have intellectual discussions about art, literature and politics when she is supposed to stick to the weather.  Nevertheless, Aunt Kate is around to help Lady Marjorie prepare Elizabeth for a forthcoming ball. When she gets to the ball, Elizabeth is bored and disappears until the early morning.  Rose is waiting up for her and lectures her about how she has disappointed her parents. Elizabeth tells Rose to mind her place, whereupon Rose responds,"I'll mind mine if you mind yours'." Lady Prudence Fairfax is introduced in this episode.

EPISODE FIVE: A SUITABLE MARRIAGE
Elizabeth rejects a Scottish suitor, saying she isn't ready for marriage. However, she falls in love with a German Baron who becomes the guest of Lady Marjorie and Richard. The Baron is actually a German spy. Richard discovers the truth, but the Baron disappears after  Alfred (who leaves with him, and has a homosexual attachment to the Baron) overhears Richard talking about the police coming to make an arrest.


EPISODE SIX: A CRY FOR HELP

Lady Marjorie is at Southwold, the family estate for a visit. She takes  Rose  with her, but not  Miss Roberts. A new house parlor maid, Mary, is seen crying while tending to the fireplace. She is  pregnant as a result of being raped by the son of her former employer. At night, she sneaks downstairs to go out, to a woman who can "fix you up," as she puts it. Richard notices her and tells her to speak with him in the morning room. He promises her that he will help her, which she believes. The situation is complicated because Miss Roberts sees them together and draws erroneous conclusions. When Richard speaks with Miles, the man responsible, he denies it, and threatens a law suit for slander against Richard. Sir Geoffrey Dillon, the family solicitor, explains that Richard has put himself into a very difficult spot. Who will believe Mary, a servant, and not Miles, the son of a wealthy and influential person.  In the end, he is unable to help Mary, offers her extra money which she refuses, and leaves 165.


EPISODE SEVEN: MAGIC CASEMENTS
James brings a friend of his, Captain Hammond, home for tea. Captain Hammond is visiting England from his posting in India.Richard and Marjorie are supposed to go to the opera, but Richard realizes he has some political duties. He asks Captain Hammond, who loves opera, to accompany Lady Marjorie. They go out to dinner before the opera as well. Soon after, Lady Marjorie meets Charles Hammond  in a book shop. They play the piano together in his lodgings, and become intimate. They have an affair.  Charles wants Lady Marjorie to run away with him, but she is unable to do so. She tells him how much she loves her family, "not at all in the way I love you, but very much."  She cannot abandon them. Captain Hammond replies, "so you abandon me."  Marjorie says "yes."